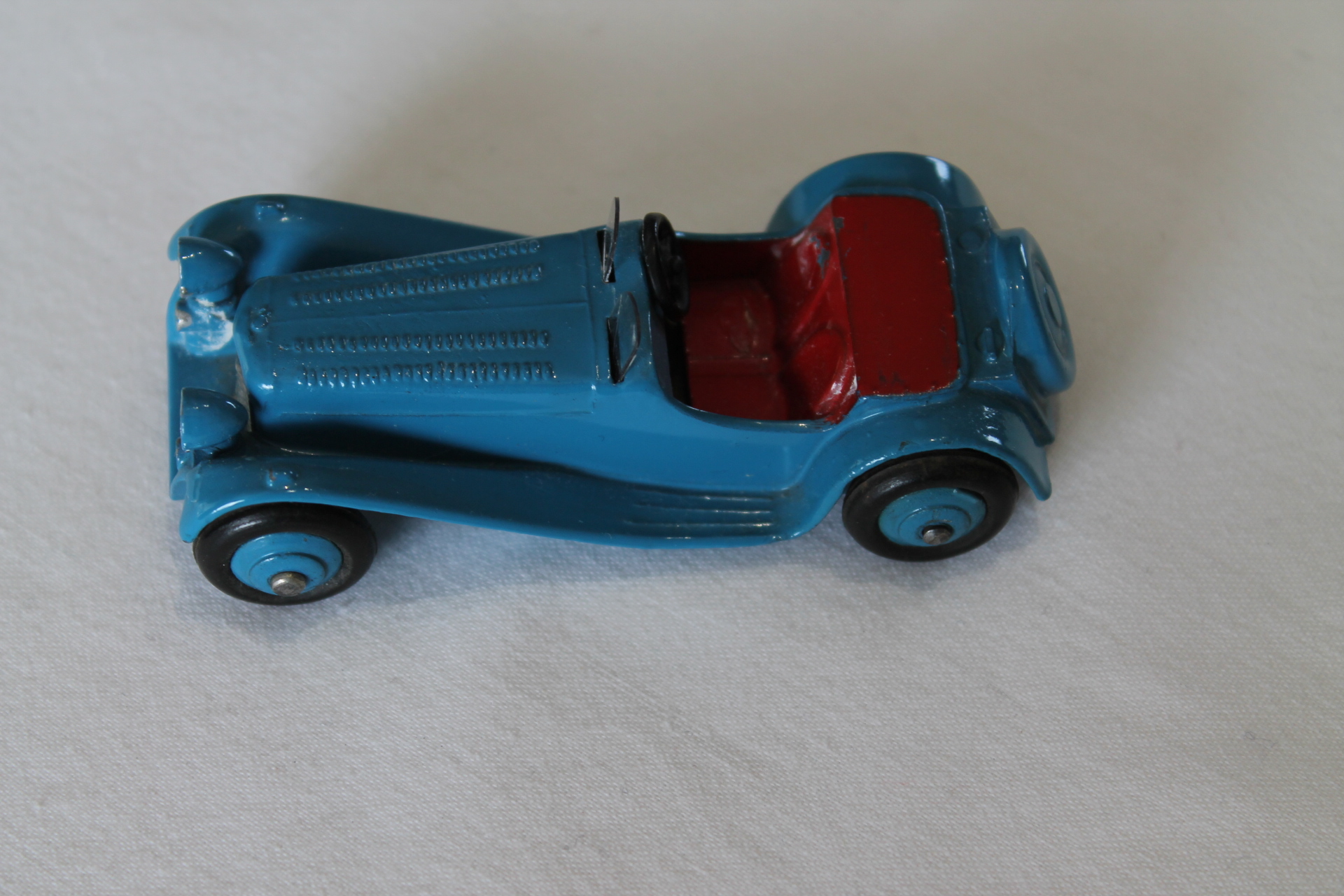 The first Jaguar car in the Dinky range was the generic “sports car” of 1940, the 38f. This was probably based on the SS 90 of 1935. The model had a blue or khaki body. There was also a red variant and a scarce green version.

In 1958 The D type was issued in turquoise blue, with a driver figure.

The Jaguar Mk II model came out in 1960, numbered 195. it was available in maroon, cream or gray.

The Jaguar E type appeared in 1962, numbered 120. This model came with windows and a removable roof. You could have red or blue.

In 1968 another E-type variant was produced. This had a fixed roof with opening doors and bonnet. By this time Competition from Corgi and Matchbox was fierce. More working featuring were introduced in response. The packaging was also modernised.

This was available in red, blue and bronze.

See the Jaguar e type models available from us now

The last Dinky Jaguar was the X15 numbered 219 and issued in 1978. This featured some fairly ugly decals and represented the desperation that was setting in!

Finally there was also a Jaguar Police car and a tie in with Avengers TV series.